Our subsidiaries play an important role in the international success of COPA-DATA. This includes COPA-DATA CEE/ME, which is responsible for developing new markets and providing customer support in Central and Eastern Europe and the Middle East. With Johannes Petrowisch as the new Managing Director and with additional staff in Poland and in sales, the team is now getting ready for the future.

With sales of 4.3 million Euros, COPA-DATA CEE/ME achieved positive results in the past financial year, as it has for each of the last ten years since the subsidiary was founded in 2009. This continued growth calls for a broader deployment. For this reason, the co-founder and former managing director of COPA-DATA CEE/ME, Alexander Punzenberger, will now concentrate on market development in the Middle East. He will remain active in the company as President and proprietor but hands over operational management to Johannes Petrowisch at COPA-DATA CEE/ME and Urszula Bizoń-Żaba at COPA-DATA Poland. 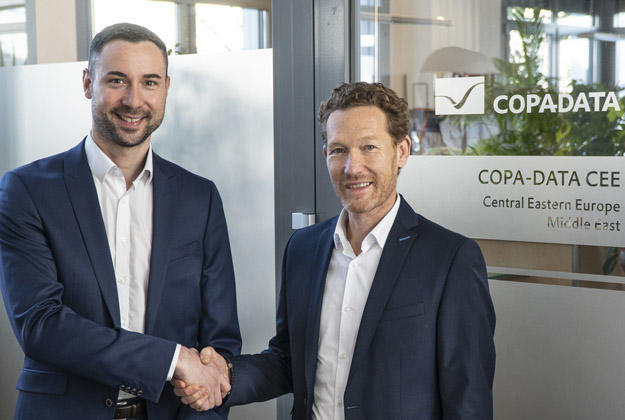 Johannes Petrowisch will become the new managing director of COPA-DATA CEE/ME, while Alexander Punzenberger will focus on developing the market in the Middle East (from left).

Seizing growth opportunities in the region

Johannes Petrowisch switched to COPA-DATA CEE/ME in November 2019. Prior to that, he worked for seven years at the COPA-DATA parent company’s head office. He most recently headed the Corporate Partnerships team, and was responsible for the partner community, strategic partnerships, zenon Certification, IIoT/SaaS and the smart cities focus. After an onboarding period, Johannes Petrowisch took over the operational management of COPA-DATA CEE/ME on February 1, 2020. “I’m very grateful to take on this extremely responsible and exciting position," states Johannes Petrowisch. Alexander Punzenberger is confident in his decision: “The experience from his many years of work at COPA-DATA will enable Johannes to hit the ground running. This enables us to continue and further develop zenon's success story in Central and Eastern Europe and the Middle East. This will include more focus on developing locations. In some of the countries served by COPA-DATA CEE/ME, we are planning to establish a permanent presence. We’ll begin in Saudi Arabia this year.”

At the start of the year, the former Head of Marketing and Sales Services at COPA-DATA CEE/ME, Reinfried Kößlbacher, was appointed Area Sales Manager for the Czech Republic, Slovakia and Hungary. This move helps us leverage additional sales resources in order to serve these countries even better and more closely.

In autumn, our subsidiary COPA-DATA Poland set its course for the future: Urszula Bizoń-Żaba was entrusted with leading the organization, and Tomasz Papaj took over as: Technical & Sales Director. Both had previously shaped the structure and development of the Polish office.

COPA-DATA Poland was founded in 2010. In the same year, the office in Krakow was opened. A few months earlier, Urszula Bizoń-Żaba was hired as Marketing Manager for Poland to help lay the foundations. Over the years, she has taken on an increasing number of management tasks. In April 2019, her commitment was recognized when she was named an authorized signatory  of the company, and in October she was appointed managing director by Alexander Punzenberger. He praised the experienced manager for her commitment and resolution in pursuing objectives.

Tomasz Papaj joined COPA-DATA Poland in early 2011 as a sales engineer. With his support, COPA-DATA succeeded in strengthening its presence in the Polish market and expanding cooperation with partner companies and universities, such as the AGH University of Science and Technology in Krakow. To date, he has successfully completed several thousand projects in various industries and in various sizes – from simple HMIs to complex SCADA projects with the integration of zenon Analyzer. He now brings his innovative ideas and technical expertise to his new role as Technical and Sales Director of the company. 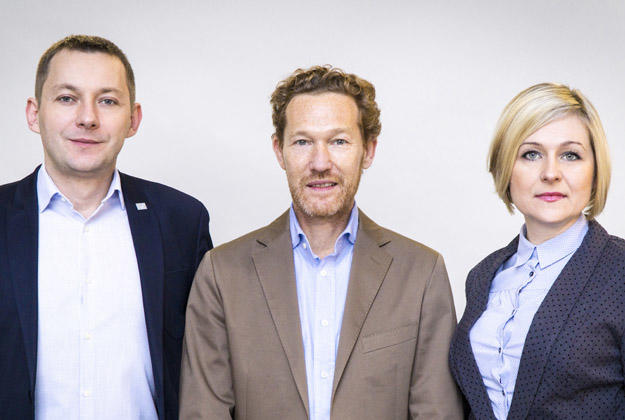