Winner of the 2017 Microsoft Internet of Things (IoT) Award

Having won two Microsoft awards in the previous year, we have now also achieved our third global Microsoft Partner of the Year Award, this time in the “Internet of Things” category. This award is a recognition by Microsoft for our outstanding innovations and software solutions based on Microsoft technology.

Each year, Microsoft presents its sought-after “Partner of the Year Awards” at its worldwide partner conference. This year, projects were submitted from more than 2,800 companies across 115 countries in a total of 34 global categories and 103 national categories. COPA-DATA emerged victorious in the IoT category.

“This success is excellent proof of the high quality and level of performance demonstrated by our IoT solutions based on our zenon software and the latest Microsoft technologies and products, especially the Microsoft Azure cloud platform including the Azure IoT Suite,” explains Johannes Petrowisch, Global Partner & Business Development Manager at COPA-DATA. “We are extremely pleased with this award and would like to thank all our customers and partners who have made this achievement possible. We would also like to congratulate the three finalists in the IoT category – Accenture/Avanade, The Yield, and ML!PA Consulting GmbH – on their exceptional performances.”

The 2017 Microsoft Partner of the Year Award was granted to us primarily as a result of an IoT application by COPA-DATA, which uses the technological interaction between zenon and Microsoft Azure to prepare equipment manufacturers, such as KHS, for digitization in industry. This gives users access to all data relating to individual machines, assembly lines, or a company's entire production site from just a single system. Additional services such as predictive analyses, machine learning, cross-site reporting, remote maintenance and control can be fully cloud-based and also implemented in hybrid scenarios.

This year, the awards were presented at Microsoft Inspire (July 9-13, 2017) in Washington D.C. You can find out more about all the winners and finalists here. 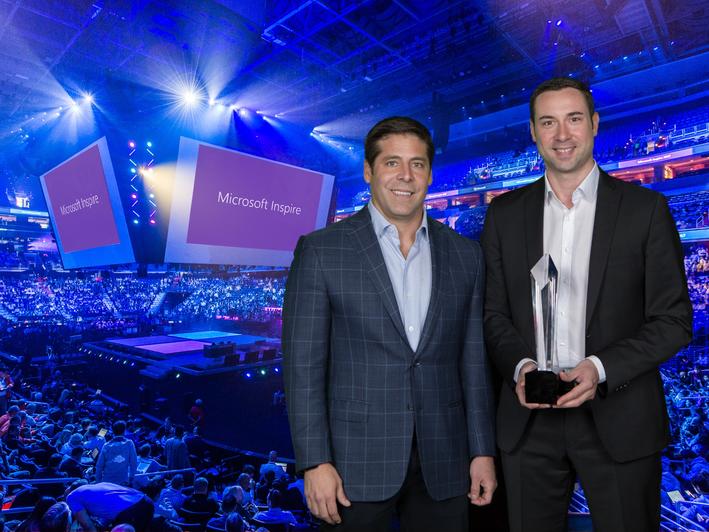 COPA-DATA and Microsoft – a lasting partnership

Information on the strategic partnership with Microsoft